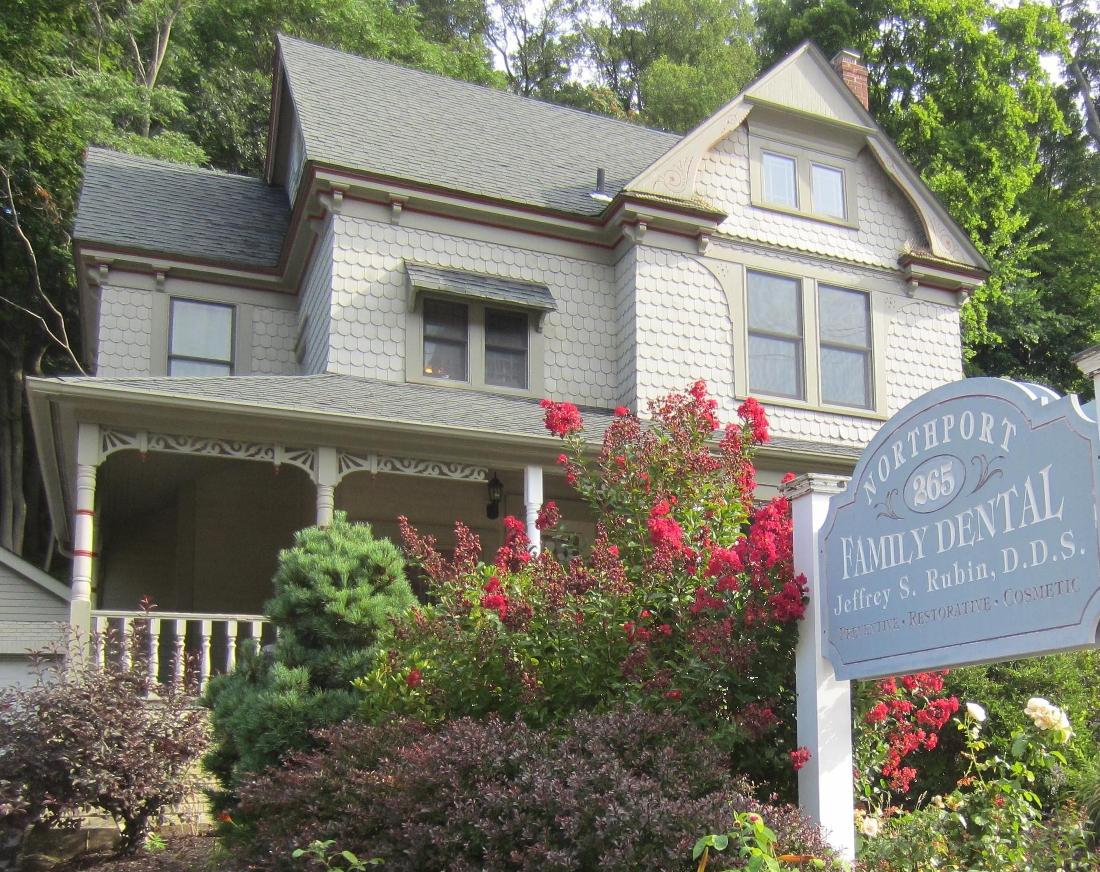 Northport Family Dental is the current occupant of the Captain Henry Frank Smith house, built in 1890. It had been previously owned by Richard Gildersleeve . Captain Smith married Sarah Gildersleeve in 1870. Captain Smith sailed the "Helen A. Brown", a L.I. Sound packet as well as other boats, most owned by Jesse Carll of the Carll shipyards.

In 1906, it was purchased by Dr. Frank Quackenbush, who was the leading Dentist in Northport. He opened offices in 1898 and was married to Susan Sammis in 1904. He was President of the Northport School Board and it was through his efforts that 3 districts; Eatons Neck, Northport and East Northport were united into 1 district in 1922.

The building was converted to offices in 1978 and the Fort Salonga Travel Agency occupied the building for many years. Dr. Rubin purchased the property in 1996 and moved his existing Northport dental practice into 265 Main in 1998. An 1100 square foot first floor addition wraps around the original footprint. Although any significant interior architectural details were removed when the building was commercialized, Dr. Rubin restored and renovated with the goal of reflecting turn-of-the-century old world craftsmanship.

As you walk through the office, from front to back, you are literally walking through time. The Reception Area has been restored to reflect a homes' parlour of the time. As you enter the clinical area, you arrive back to the present day and to 21st Century Dentistry.

Follow us on TwitterLike us on FacebookWatch our Youtube VideosLeave a Google ReviewPin us on PinterestVisit us on YelpFourSquare
If you have difficulty using our website, please email us or call us at (631) 754-1107
View the ADA Accessibility Statement
Turn on ADA Views
Contact Us Today
Give Us A Call
Northport Family Dental - (631) 754-1107
Schedule an Appointment
Expanded Details View
This Patient's Experience
Loading Testimonial...
Loading Case...